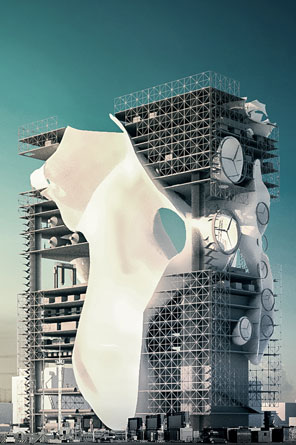 As part of our “Intelligent Cities” studio at IAAC -Institute for Advanced Architecture of Catalonia- NMA was working on the relation ship between the rising of sea level and the contaminated soil in Newark. Taking into consideration the analyses of our site, we came to the conclusion that industries that are located on the coast of the Passaic river will be the most affected. Wind Tower as a component of urban energy supply, is the practice of producing energy in vertically stacked layers. The modern idea of wind industry uses controlled natural ventilation system to be able to optimize to wind efficiency. These Typology include architectural control of wind, and wind turbine manufacture program. Inspired by the Formula one industry, the facade integrate a series of performative scoops, tunnels and wind turbine into the project that ensured the continuous passage of air to specific area of the building. 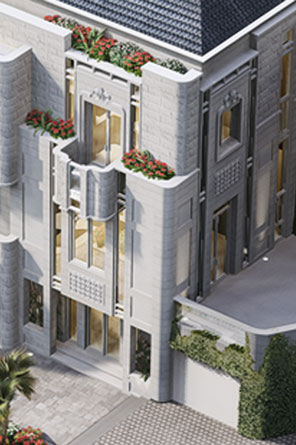 A villa reflects its owners personality! Going back to the 1800s with touches of classical and neo classic taste in a sensitive modern perspective. Currently under construction. 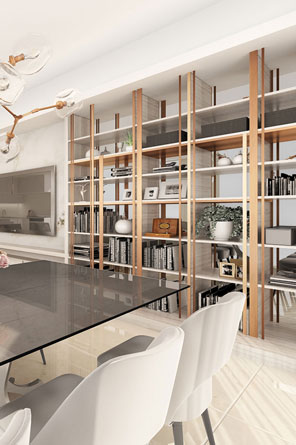 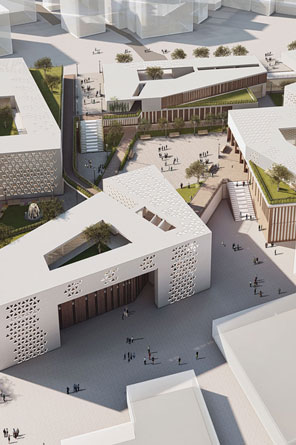 The city of Nabatieh has several historical and cultural landmarks, that is specialized by its unique walking and social experience. The “Baydar” is Nabatieh’s monumental piazza since 1948. It is used by for meeting purpose like event, manifestation, sport, and theatrical play. At an Architectural level, it acts like a breathing membrane that extends its boundaries every Monday to welcome the traditional Monday Souk.

Theatricality, it is experienced through the corridors and roof of Hay el Saraya vernacular houses. Neighbors interact with each other through corridors, terraces, window and courtyard. Each house has its own courtyard. However, the interesting part is how people used to jump from roof to roof to access different areas of the village. 6 different types of urban transition from public to private. The conclusion of this site analysis is the need for people to express themselves. This is why they are using empty lots and empty courtyards as a way of theatrical expression. The project proposal will be an Art Institute.The theater complex fulfill all requirements of the various form of the contemporary arts and complete with the needs of the Nabatieh’s diverse performance culture as well.

The five buildings are connected by a common piazza at the center of the site. The building design spring out not only from its Urban and Functional context, but also from a need to create a complex capable of adapting and reacting to the environment.The design emphasizes the idea of a real people’s theater by creating a flowing urban landscape that allows various interaction by spectators, visitors and the general public.

At the heart of the complex is the common piazza which is an elevated platform from which the five buildings are accessed. People can visit the venues, restaurants or just walk through this urban passage. This Multifunctional Piazza can be used as gathering spaces, for events or as an open air theater. The human experience is that of openness connectivity to the outside and an attraction and drawing toward the complex when experienced from the outside. The positive and negative space of the complex created dramatic and fluid inside-outside spaces interacting with the city and the center. Through this manipulation, the structure becomes responsive to its urban context serving as a mediator and friendly neighbor to its diverse surrounding. The center is readily seen as a landmark from different main roadways. Urban corridors give direct access from the Souk to the cinema and the exhibition space. Through the common piazza, we can access the Theater, the Auditorium, the cinema, the cafeteria, the exhibition spaces and the offices.

Small shops are placed on the upper street level as well as there is a road connection with the Art and dance school through bridges. The stairs that are connecting the two cities together is not only to take us from one point to another, but they have become a place where the children of Mar Mikhael hang out. Moreover, it also became a space for the elders of Mar Makhael to have their amount of fresh air for the day or just sit back and relax.

The dynamics behind the project are generated from sources which are actually layered under Beirut’s neo-crust. One important aspect is the commercial oriented reintroduction of the old souk. Another aspect is the artificial extension of the old waterfront using the remains of ancient Beirut.

This led me to dig deeper in the relationship between tradition, cultural preservation, and the connection to water on site.

This is where the introduction of a dynamic public space suggests the merging between the previously mentioned three aspects (tradition, cultural and water surroundings). A hurricane shaped public space is conveniently placed in the old coastal line. The upper level twists the surrounding urban landscape in such a way the pedestrian are transforms into a multifunctional element. Aquarium, Souk, and Sports Leissure are above.

This distribution of the souk alley ways follows the traditional corridor approach of the old one. We can find typology in Jounieh, Beirut, Said, etc. The corridor relate the shops to each other, while they also visually relate the visitors to the sea.

The aquarium as a whole provides multiple access points to the residential tower. As we go up, we can experience the high-end quality the tower provides. The core of the building along with its electro-mechanical services is located in the middle; the crane-inspired elevators are enclosed with an artificial waterfall to distort the view of the city as if the person is traveling under water. As the visitor are traveling upwards, they catch images of a reinterpretation of the old typical Lebanese house, showing the importance of stairs and terraces.

Upon reaching the roof level, the visitors find themselves in an animated museum of old Beirut souks, The Museum will display the history of the city’s souk and lifestyle with the use of actors.